Will Posted on March 30, 2009 Posted in Anglican Church 1 Comment

In a previous post I noted: “I would identify my burden as ecclesial and generational – I want to see young people (Gen X and younger) worshipping God in a healthy Anglican church.”

My metaphor for explaining that in the past has been nautical. My burden would be expressed as wanting to see a church that is akin to this… 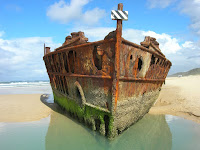 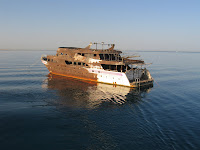 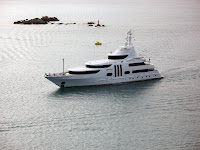 But in the end that’s unhelpful. “Fixing up the ecclesiastical boat” is all about refurbishing the system, the machine, the institution. It’s about procedures and policies. Leadership becomes about directing and motivating the deckhands on which bit to fix, paint or polish. And you end up, as someone said to me recently, re-arranging the deckchairs on the Titanic.

The problem is not the institution, the “boat.” Institution can go wherever you want to drive it. Institution simply reflects the (beating or otherwise) heart and health of the organic thing that inhabits it.

I’d rather go towards Ezekiel 16 and to other biblical imagery – the church as the Bride of Christ.

It means we have to talk about the real issues – rebellion, idolatry, lack of belief, hard-heartedness, and unfaithfulness – rather than the excuses of broken systems. It means we have to put forward and invest in gospel, calls to repentance, mentoring for growth and also discipline and holding to account. It’s about leading spiritually rather than clinically, through sharing in sufferings rather than precision of committee meetings. It’s about demonstrating remorse, and repentance for the sin and unfaithfulness of the church and being honest about how true our worship is.

So my metaphor is now:

And, cheesy photos aside, my prayer continues to be something of an echo of Exodus 32:12 perhaps:

Why should the world point at us and spurn your name?
Don’t let us die, what would the nations say about you?
Forgive us, Lord, and make us your own.

Changing Metaphors by Will Briggs is licensed under a Creative Commons Attribution-NonCommercial-ShareAlike 4.0 International License.