Review: Atonement for a Sinless Society

It took me a while to read Atonement for a Sinless Society by Alan Mann.  It’s style is full of ultramergent pomo-babble which normally turns me away and made it tough going for this particular storied-self.  But the title intrigued me and piqued my curiosity.  Finding effective ways of communicating the gospel of atonement in away that is faithful to Scripture, inherently Christ-centred, and readily grasped by those who are hearing it is something I have grappled with (as all church leaders and teachers do I guess).  For this reason I persisted.

Mann’s main premise is that the word “sin” has become meaningless, semantically diluted, in our Western culture.  Consequently a gospel that speaks of atonement in terms of the alleviation of guilt, or the forgiveness of sin, fails to impact those who nevertheless are in need of atonement.  Mann’s suggestion is to consider the human predicament in terms of “shame” and the “incoherence” in their “story”, a difference between the story they tell of themselves to others, and their real self:

“The chronically shamed fear exposing the reality that the way they narrate themselves to others is not their real self.  They are insecure in their relating, constantly aware of the need to cover the self from the ‘Other’ for fear of being found socially unacceptable.  The shamed person lives lives in permanent state of hiding, even when interacting with others.  Only ever seeking to story their ideal-self, he or she never wants their real-self to be found.” (Page 41)

There are some strengths to looking at things this way.  For instance, shame is certainly part of the fallen human predicament (e.g. Adam & Eve hiding from God and each other).  So is relational dishonesty and that sense of incoherence between the who we aspire to be and who we actually are (e.g. Peter’s denial of Christ).

It also provides some useful handles on how we might consider the redeemed person.  Such a person has allowed themselves to be exposed before the ‘Other’ (expressing faith, contrition, perhaps repentance?) and has found themselves caught up in the story of One who has never been ontologically incoherent, namely Jesus.  Lives are “re-narrated” and therefore made coherent in Christ.

Analysis like this is not necessarily antagonistic to the truth of the gospel.  Mann explores this sense of shame, self-narration and coherence in great detail – including an explanation of narrative therapy.  Much of this is useful.

My difficulty with this book, therefore, is not so much the “What?” question but the “So what?” question.  Setting up a semantical framework which is broad enough to express the gospel is one thing, actually bringing it to bear in a useful way for the Kingdom is another.

One of Mann’s problem is that he ends up preaching his framework rather than simply doing what he suggests.  For instance, in proclaiming “We come to reflect on his story.  But we also come to reflect on our own story.” (From a proposed Communion liturgy on page 169) he misses his own point.  Just tell the story of Jesus so it impacts our own!

He does do this somewhat in an intriguing comparison of the deaths of Judas and Jesus – both hanging on a tree, both under a curse.  Judas’ is the result of his incoherence – a shame-filled suicide.  Jesus’ is the result of his coherence – the being true to himself as obedient Son to the point of death.  The juxtaposition of how one is redemptive and the other is not is a useful exercise.  And the application whereby we all see ourselves in Judas is also helpful.

But even in this he never quites get there.  He may get us to look to Jesus’ coherence on the cross… but then what?  Are we simply to be inspired?  Follow his example?  If we are made coherent because of Jesus – what actually causes that coherence, upon what does it rest?  Mann talks about the “restory-ing of the self” (Page 151) through ritual (particularly Communion) but in this Jesus is simply an inspiring character, not a sovereign Saviour.

I think it’s indicative of a nervousness about being objective in any way, or to talk about sin-in-terms-of-guilt in any form.  For instance, Mann wants absolution in liturgy to be deliberately ambiguous so that all people can bring their own story to it and notes that “this is perhaps a story that only those who already dwell in the fuller picture of the story of salvation can understand.” (Page 157)  For me this speaks of telling one story to the uninitiated and another to the more fully initiated – isn’t this the same incoherence we are trying to find an answer for?  No, narrative needs to meet truth at the beginning, and delve deeper as the spirit leads – but that will never be askance to what is first heard.

I think this book is well motivated and it is one of the better engagements of the gospel with postmodernity that I have read.  His framework is not inherently flawed and would be contextually appropriate in many places (including Mann’s own circle I suspect).  But it needs some theological precision so as to make Christ, not story, central – and an actual telling of the story, more than telling the story of the story.

The book concludes with a conversation between Mann and fellow author Robin Parry who interacts with Mann at his weakest points.  It’s by far the most productive part of the book to read and makes the task of reading the book somewhat satisfying rather than annoyingly circuitous.

Posted on March 25, 2008 Posted in General, Theological Thoughts No Comments 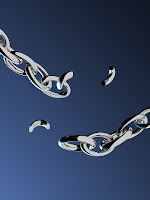