The Hard Side of Ministry

Posted on September 23, 2009 Posted in Ministry and Depression No Comments 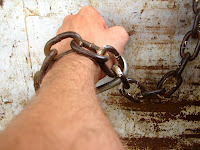 I earlier looked at comments from Mark Driscoll on loneliness in leadership. He has now released the second part of his reflection. This part is mostly advice and it’s pretty decent. I particularly like the following:

…Too often leaders do not practice sufficient times of silence and solitude when such times can be invaluable to working on their life rather than staying at the office and continue working in it until they become angry, unhealthy, depressed, and burned out…

…Rather than picking up the phone, sending an email, or taking action, I have decided to wait twenty-four hours on any non-emergency issue and sincerely and specifically pray for God to go before me to move other people to meet the need or for God to take care of it himself. I have been able to check more than half of the items off my to do list by doing nothing but praying, as God has faithfully revealed himself to care more about my ministry than I do.

Coincidentally Mikey has linked to another Driscoll-related piece on why pastors want to quit. The following reasons have been listed in feedback from pastors. I’ve been to most of these places:

In the end, it’s great that God is God. Ministry is a series of ordinary quiet miracles.

Posted on September 17, 2009 Posted in Ministry and Depression No Comments 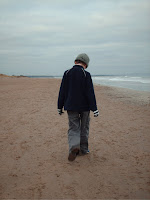 Others are starting to comment about a recent post by Mark Driscoll entitled “Leadership is Lonely – Part 1.”

It is well worth the read. The following dot-points were thought provoking (honesty-provoking perhaps?)

For leaders and those who love them and can help them see their own sin, especially their spouse, the following self-assessment statements may prove helpful in diagnosing sinful responses to the loneliness of leadership:

In order of propensity I relate to 1, 3, 5, 2, 4. Unlike Driscoll I think my unhealth takes me towards self-blame and self-deprecation so I’m more likely to drift into melancholy about myself than be annoyed by any supposed stupidity in my team (Besides, there is very little, if any, stupidity in my team!)

Driscoll’s initial sentence is intriguing though:

By definition, a leader is out ahead of his or her team, seeing, experiencing, and learning things before everyone else.

Once again we see Driscoll’s tendency to not, um, nuance his definitions. Does leadership really mean being “out ahead.” Perhaps, often, yes, leadership requires the input of novel ideas, new discernment, clarity of vision that no one else has yet considered. But that’s not always the case.

A metaphorical consideration: I often spin the image of a bushwalk when talking about leadership. If anyone has ever hiked with their family they will know that to get that family up and over the hill to the glorious vista that awaits requires a combination of, yes, scouting ahead and finding the way, but also letting the young boys run ahead while the even younger daughters require a shoulder ride, pausing to attend to cuts and bruises, walking beside those who are discouraged. When the going gets tough it involves spinning the inspiration of why we’re walking at all – encouraging, sometimes rebuking, sometimes from in front, sometimes from behind.

A case-study consideration: I heard tell once of a senior pastor of a pentecostal persuasion who was struggling significantly in ministry. He did not feel that he was receiving the necessary revelation from God that kept in “ahead of the team.” “How can I be a leader if someone else hears the word?” was the attitude. That was an unhealthy attitude. Someone else may “have the word” (in Pentecostal-speak) but the leader is the one who assesses, permits, resources, integrates, and if all else fails, carries the burden of that word.

I prefer the definition of leaders that I heard somewhere else – “Leaders beget leaders.” In that sense a leader will often times have leaders-they-are-leading out there “ahead” with them. Sometimes those other leaders will even “overtake” for a time, or in a particular area. All that means is that that leader has been led well by the leader who is behind.

Anyway, this is only Part 1 of Driscoll’s reflection. Looking forward to part 2.

Once more satisfying my recent desire to delve into some church history this book by James A. Connor, Pascal’s Wager: The Man Who Played Dice with God, caught my eye because a) Pascal is one of those people that I know of but know little about and b) as a software engineer in a former life there is some inherent geekiness to the word “Pascal.”

Connor writes a very helpful biography. Providing a timeline upfront he interleaves narrative about Pascal’s life with necessary contextual expositions about issues such as the state of French politics (this is the era of Cardinal Richelieu and the Three Musketeers – the latter, sadly, not being mentioned) and intellectual and scientific progress (this is the era of Descartes and Fermat). It makes for a very informative and easily accessible read. It’s one of the better attempts at biography that I have read.

Pascal’s intellectual and other contributions are well described and discussed. We read about his invention of the Pascaline calculating machine, his work with conic sections, his “proving” of the existence of the vacuum, and his delving into the means and method of calculating probabilities. However, the tension that Connor draws out foremost in the book is the Pascal’s spiritual deliberations.

This tension revolves around the issue of Jansenism of which Pascal was a follower. Connor paints Jansenism as an extreme counter-reformation wing of the Catholic church with almost Calvinist like propensities towards concepts of predestination and election. Connor’s theological analysis is more than adequate and he helpfully draws the lines from Jansenism back to Augustine and demonstrates the consequent antagonism with the Jesuits.

This is where Connor inserts his own opinion into the story. This book is certainly no starry-eyed hagiography of Pascal for Connor disagrees with the “Augustinian” position explicitly and sees it as antagonistic to the modern enlightenment that was fomenting in Pascal.

“…the Jesuits opposed Augustine’s limitations on human freedom. And their liberality, I would argue, was the wellspring from which the modern idea of liberty fowed.” (page 57)

The entire last chapter is less biography than philosophical treatise on the spirituality of gambling, drawing upon Pascal’s famous “wager” that it is reasonable to “bet” on the existence of God as the comparison of odds to reward demanded it. Augustine theology rests on the understanding of original sin and the total need for grace. Connor insists that probability theory shows that anything can happen when the numbers are big enough, concluding:

“If you have big enough numbers, you don’t need God, and that is the heart of it… It seems finally to come down to choice, perhaps even to the Two Standards: people who believe in God do so because they want to; people who don’t believe don’t because they want to. Almost makes on think of efficacious grace.” (Page 213)

And so while Pascal himself, although sometimes uneasily practiced, is able to intertwine spirituality and intellect, Connor himself is unable to. Pascal’s famous “night of fire” was an encounter with truth beyond reason:

“He began to question the power of reason itself; while never really doubting its capacity to reveal truth, he decided that the capacity was limited to lesser truths and could not supplant the truths of revelation. Piety was no longer an empty practice, and reason was no longer a royal road to truth.” (page 150)

Connor isn’t dismissive of the spiritual (“Mystical experiences are what they are”, page 141) but he doesn’t seem all that comfortable with them. I think he admires Pascal for his contribution to the modern world. I think I admire Pascal for his complexities, his wrestling with experience and reason, his failings, his fervour, his passion, his tragedy.

But I can only enter into that admiration having read a book like this. I’m sure there are plenty of other commentators of Pascal. I enjoyed this one.